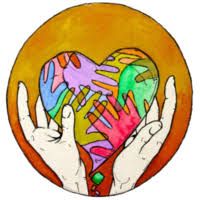 THE HEART OF RIVERDALE is a community centre in Whitehorse Yukon that serves over 1800 families through engaging programming for all ages. We are a registered Not for Profit  organization that specializes in an intergenerational approach to building community. We offer regular arts programming for all ages (babies to adults), including Dance, Theatre, Music, and Visual Arts, and we support artists from beginners to professionals.

Logan studied orchestral trumpet at the University of British Columbia, completing his master’s degree in 2014.  He then went on to teach private music lessons at international schools for over two years. His travels took him to far off locations such as the Middle East, Eastern Europe, and Southeast Asia.  He has performed with the Vancouver Symphony Orchestra, Kamloops Symphony Orchestra, and Westben Festival Orchestra. He has extensive solo performance experience as well as with brass ensembles such as the Vancouver Brass Project and Qatar Philharmonic Brass Ensemble.  Logan has studied piano as well as trumpet, and has performed on both instruments with jazz groups, funk and rock bands, classical ensembles, and solo performances. He especially enjoys improvising and playing in a diverse mix of musical styles. Logan has also spent the past few years becoming increasingly committed to teaching music as well as performing.  He has taught private music lessons in various cities around Canada as well as abroad. He was instrumental in creating an after-school music program in Dunkirk, NY, as well as a community drop-in music program for low-income families in the area. Since moving to Whitehorse in October, Logan has been seeking to contribute to the community with music programs at the Heart of Riverdale as well as at schools.

Zacharie was accepted into the provincially renowned band Le Groupe 17 in his junior year of high school.  He studied advanced music theory and band performance for 4 semesters, with an additional music class for another 4 semesters with professors Jacques Grylls and Guy Coutu, learning in both French and English.  His two senior years involved teaching music to grade 7 & 8 classes, where he developed a learning curriculum for beginner students. This was a positive learning experience, not only for the students, but for himself in his future teaching career.  After graduating with excellence in music, he continued his studies on his own personal terms, studying jazz with Berkeley graduate Ben Reinaldo and varying his styles in classical, country and various unorthodox experiential music. Zacharie continued writing, recording, and performing music with the Rock band NORM and recording along-side  writing partners and sound engineers Dunstan Topp and Jennifer Herd.  Upon moving to the Yukon Territory, he quickly inserted himself into the Whitehorse music scene.  He has spent the past two years performing, touring and recording with various artists such as Paris Pick, Calla Kinglit, Midnight Sons and The Sputnik Experiment in Yukon Studios with Bob and Patrick Hamilton (Old Crow Studio), Jim Holland (Green Needle Studio) and Musician/Producer Jordy Walker (Stackwall Studio).

Originally from Edmonton, Alberta, Amber began taking music lessons at the age of 5. She continued her studies while attending the Northern Alberta Institute of Technology to become a radio producer.  She taught herself to play the piano, ukulele and more recently, the bass. After graduation, she accepted a radio position in the Yukon. Amber quickly became involved in the music scene, and after almost 20 years of playing music, for the first time, she experienced jamming with artists. It was revolutionary.  Now, she wants to combine her knowledge and experiences with her new love of playing and experimenting with other musicians.